November 07, 2011
Many of you saw my extreme excitement on facebook Friday night over the news my husband came home with. For those who have no clue what I'm talking about I'll back track and replay Friday night at our house for you.

My parents were up for dinner. We were all sitting on the couch watching the USC football game when my husband finally walked through the front door around 6pm. He had a big bag in his hands and headed straight for the kitchen. He came back in the family room with a margarita for my dad and him in our glasses from Cabo. He mutes the television and starts a toast. All of us were looking at each other completely confused and had no idea what he was about to say. Did he get an awesome raise? Are we moving? What happened? I was a little nervous.

What is the trip of the day? One of our local radio stations has a promotion that they are known for. It's their "Trip of the day to anywhere in the world". Basically you listen every morning at 7:20am for them to announce the song of the day and when you hear it play you have to be one of the first 5 callers to qualify. There are 25 people in the drawing every Friday afternoon.. If you are picked you win two airplane tickets to anywhere in the world you want to go and if you're a VIP you also automatically win airfare and accommodations in Cabo at an incredible resort for 5 days!  My dear husband has them on speed dial on his phone and also programed in his computer. The first time he ever qualified was last November. We were so excited the first time he was one of the first 5 callers, thinking of his chances and started dreaming about where we would go if he actually won. He qualified for a 2nd and 3rd time, surely 3 times would be a charm. ha ha ha ha. Finally last week was his 30th time qualifying. I stopped asking him if he qualified because I was sure that this whole random winner once a week was a joke and convinced myself to believe that they don't really pick anyone. I'm sure it became a joke at the radio station also, the promotions girl now knows my husband by name since he nearly qualifies every week! I listen every Friday night for the fun of it to see if my husband is by chance the lucky winner. Would you believe that the time he gets picked I had literally just turned off the radio?! I'm so glad I did though. It was such a sweet moment for him to share!!!

So, where are we going? No idea. We are definitely going to Cabo, just the two of us. 5 days of pure bliss sometime next fall for our 5 year anniversary. Is that perfect timing or what? This is the resort that they are going to put us up at. Chris and I visited it our first time we went to Cabo and I had a massage there. It is pretty breathtaking. So, we have two tickets anywhere in the world. Sounds awesome but time isn't really on our side here. Between him working full time, busy season, trips we already have planned AND did I already mention that my husband is starting grad school in January? Yes, a week before baby boy is due. We have no time. We're going to LA next week to sign the paperwork and claim our prizes so we should know more and how much time we have to use these tickets. I still can't believe it and probably won't until we're on a plane and headed to our destination. If we had the time we would be headed straight to this resort. We'll see what happens and how things work out.

So thankful for this and for my precious husband who was determined to win this. Persistence pays off! 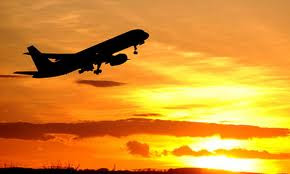 Oh, and a shout out to 94.7 The Wave!
Thank you for finally picking my man!
I'm sure Southern California is going to miss hearing him qualify weekly.

Julie said…
Congrats on your trip! I could think of a million places I would use that ticket around the world -- back to Alaska for my 40th for one. Enjoy it, you lucky girl!
November 11, 2011 at 4:05 PM

November 24, 2018
Remember that one time my husband bought a tv wall mount and then I decided we needed a new tv stand? And then it made me realize our dark furniture would look way better if I lightened it up? And then it was time to get rid of the old dark throw pillows and dark rug? And then all of a sudden that fireplace looked so out of place. So we gutted it.  All because we put the tv on the wall!  Here’s a little walk down our DIY family room makeover.  Before .  I started with this old corner cabinet that i got for free years ago and painted chocolate brown.  I dusted her off and went to town with chalk paint.  Then I got rid of the old dark rug and started changing out our throw pillows.  Then it was onto the fireplace.  Before   Chris took out part of the wood floor to extend the floor of the tiny fireplace.  We also cleaned out the fireplace and sprayed it with cream paint that can withstand 1,200 degree temperatures.  And then we sucked out the old volcano rock and put in this fire glass fr
27 comments
Read more