January 23, 2014
Every time I think about being 20 weeks pregnant I can't stop singing, woooooooah we're halfway there!! It blows my mind to think that in 4 short months our precious new baby boy will be in our arms!


I've been terrible about documenting my pregnancy on the blog but so far have kept up with it on Instagram with weekly pictures and snippets of the week.  Now that we're halfway there I'll update how things are going thus far..

Cravings: I've been on a chocolate kick. Not surprising but the first time I've had a need for it since being pregnant. So good!

Food Aversions: None really. I always think I want eggs and then feel so gross afterwards.

Extras: I'm feeling really good and have been surprised how easy this pregnancy has been {besides those yucky first few weeks}. I usually forget that I'm pregnant until I sit down and start to feel him wiggle around which is the best feeling ever! I'm trying really hard to eat well and be healthy this pregnancy, as of this morning I am up 4 pounds from my pre baby weight which for me is awesome. I think I gained 30 something with each Kate and Will. Who am I kidding though? I'm only halfway done!

How big is baby 3.0? Little man is about 10.5 ounces and 10 inches long from head to heel, pretty much the size of a banana!

The best part about this past week is we have officially agreed on a name!!! I had a name and Chris had one, we each liked each others picks but I could tell Chris wasn't totally digging mine. So we left it up to Kate. I wrote down each name and folded them up and put them in a bowl for Kate to pick. She picked Chris'. We laughed because we both knew that would end up being his name but for kicks Chris decided to fold the names up again and put them on the dart board. He hit one dead on, we opened it and it was the same name.. so after many confirmations and much prayer baby Andrews 3.0 has a name.. 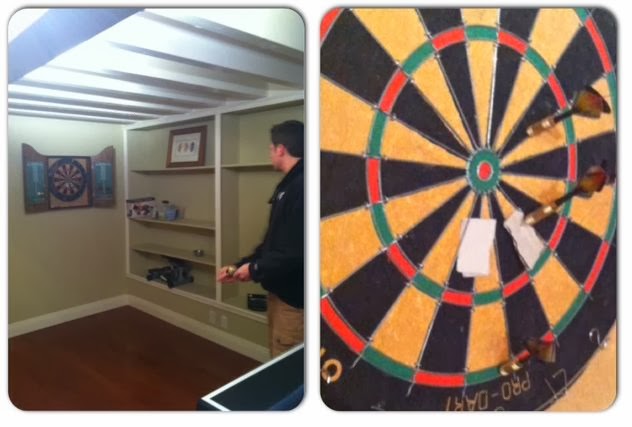 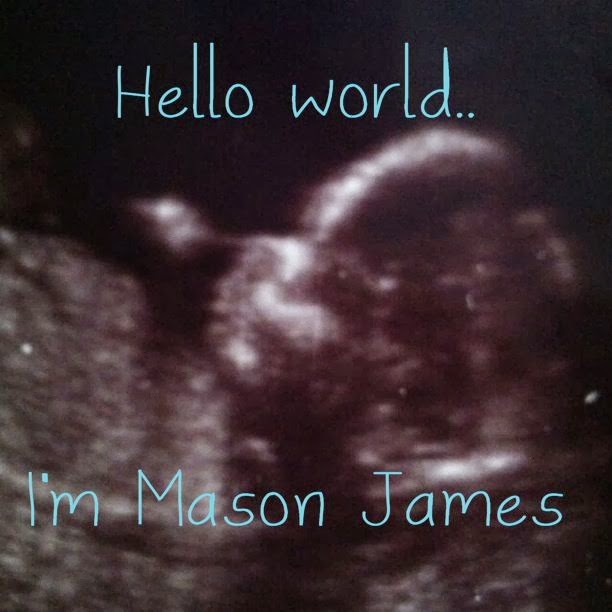 Mason James Andrews.
We can hardly wait to meet you!!!!
James is the name of my brother who Jesus called to Heaven as a baby and is also the middle name of my Grandpa Marshall who is in Heaven. We're so excited to have their name a part of our boy.
And Mason, well it was your daddy's pick which I happen to love as well.
Keep cookin' and kickin' baby boy!

November 24, 2018
Remember that one time my husband bought a tv wall mount and then I decided we needed a new tv stand? And then it made me realize our dark furniture would look way better if I lightened it up? And then it was time to get rid of the old dark throw pillows and dark rug? And then all of a sudden that fireplace looked so out of place. So we gutted it.  All because we put the tv on the wall!  Here’s a little walk down our DIY family room makeover.  Before .  I started with this old corner cabinet that i got for free years ago and painted chocolate brown.  I dusted her off and went to town with chalk paint.  Then I got rid of the old dark rug and started changing out our throw pillows.  Then it was onto the fireplace.  Before   Chris took out part of the wood floor to extend the floor of the tiny fireplace.  We also cleaned out the fireplace and sprayed it with cream paint that can withstand 1,200 degree temperatures.  And then we sucked out the old volcano rock and put in this fire glass fr
41 comments
Read more

September 06, 2018
When Chris and I went to Mexico this past winter we quickly become addicted to their  blended espressos.  I found myself craving them when we got home so I played around with a couple of instant espressos and ended up making the best iced coffee, ever.  What you’ll need.  Medaglia D’oro instant espresso  Water  Ice Coffee creamer of your choice Heavy cream + caramel  Trust me on the instant espresso. I tried them all. This is the best. I get it at Kroger. I’ve also heard Walmart carries it as well as trusty amazon.  Step one.  Get your ingredients out.  I fill my glass up halfway with water and pour a capful of instant espresso in.  Mix it real good.  Time to cool it down.  Now comes the sweet part.  This next step is money.  Lordy.  If you’re feeling really naughty you can add caramel sauce.  Do it.  If you’ve been wanting the recipe for the BEST homemade caramel ever then you’re in luck.  This is the recipe from my mother in law.  It is life changing.  Ta-Da!  Tag me on Instagram at
5 comments
Read more